Music
It's barely been 12 months since KYE formally introduced herself to the world, but she's already won over audiences with her celebratory, sun-soaked sound that effortlessly bridges pop and R&B.

Since her emergence, KYE has amassed over 1 million Spotify streams and garnered playlist support from triple j, FBi Radio, MTV and more, earning praise for her “warm, inviting vocals all giving an Erykah Badu meets Andre 3000 vibe” by The Guardian, “a wildly jagging yet effortlessly coherent introduction” by NME Australia, hailed as “enchanting” by The Interns, “heart-rendering” by Sniffers, “a special talent” by Pilerats and “innovative” by Purple Sneakers amongst others. KYE will close a whirlwind year with her festival appearances at Ability Fest and Beyond The City in Melbourne, plus supporting Young Franco on his national tour, bringing her unbridled soul and passion to more stages well into 2022 and beyond. 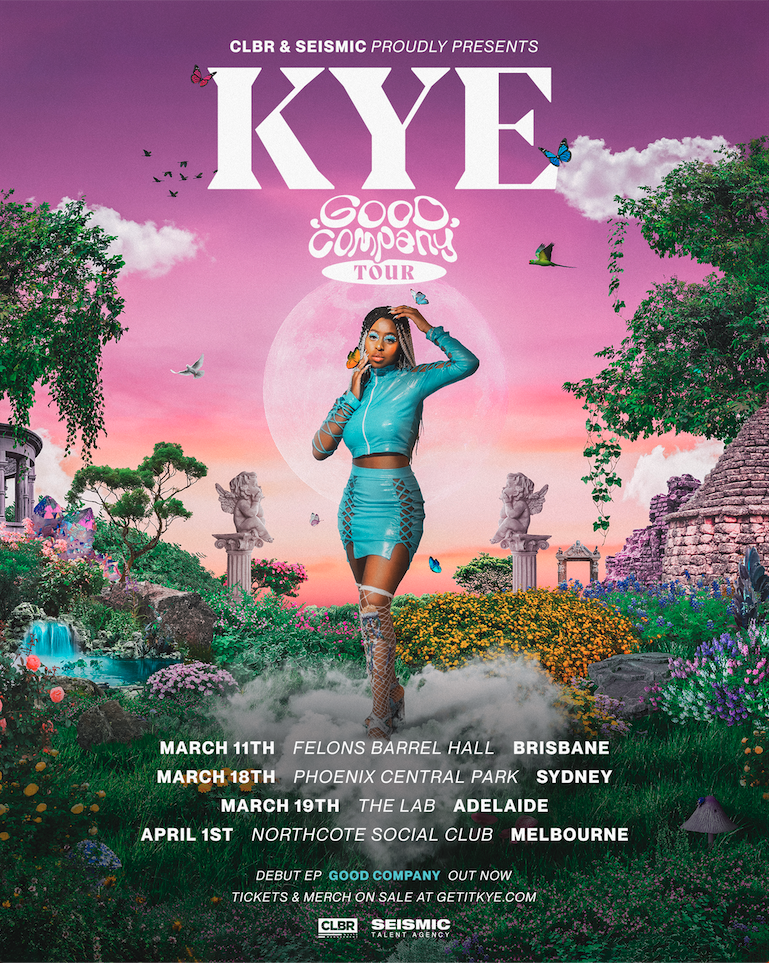