Tickets
→
Book a table at our restaurant Aurora
Sold Out

Music
Visual Art
Read about how your ongoing support of The Lab and Light will impact our incredible Artists.
CXLOE hails from Sydney’s Northern Beaches and has achieved in a couple of short years what some artists might only dream to in their entire career. From humble beginnings releasing videos on YouTube and playing live shows at small Sydney venues, CXLOE is undoubtedly becoming a global star

Refusing to be pigeonholed into a specific genre, CXLOE makes music that is groundbreaking. She is setting herself a lane all of her own with every move a deliberate and strategic push forward. She floats effortlessly between alternative and electronic with undertones swaying often into a gritty, dark-pop sensibility. Her songwriting and establishment is complex and constantly surprising. An aesthetic difficult to pinpoint, the young artist is creating something that is black, white and every colour in between; she is poignant with an edge of vulnerability in her lyrical honesty. Since her first official single’s release in 2017, CXLOE has surprised and delighted fans, media and tastemakers across seven further exceptionally unique singles amassing more than 22million streams to date-a number always on the up.

CXLOE has received attention across countless global playlists including 49 global New Music Fridays on Spotify and covers of FrontLeft on Spotify and The A-List Pop and Future Hits on Apple Music to name but a few. All of CXLOE’s music has been added to rotation on triple j and across all pop-leaning commercial radio stations in Australia. Critical acclaim has flooded in from all corners of the world across such titles as Billboard, CLASH, The Line Of Best Fit, i-D, LADYGUNN, V Magazine and countless other leading outlets.

Tickets on sale 7th of May. 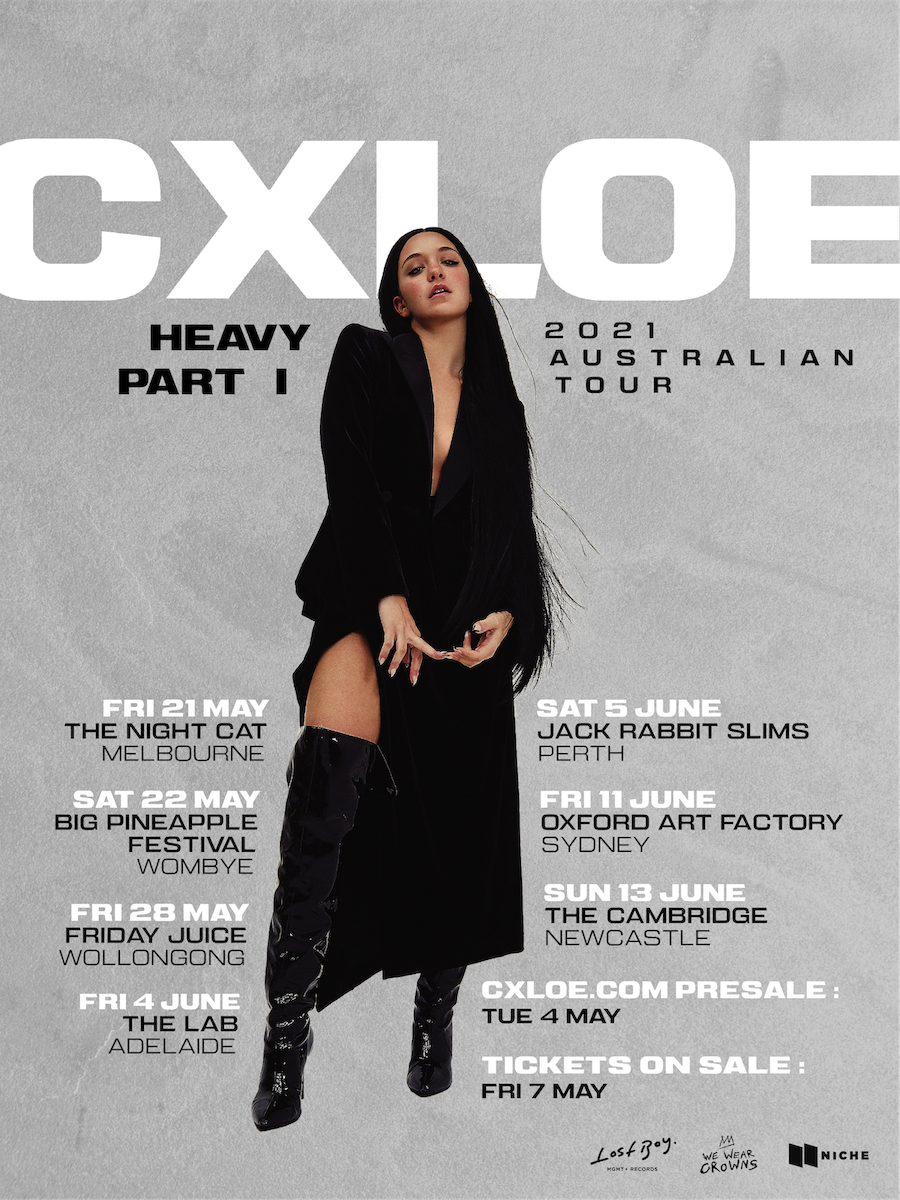